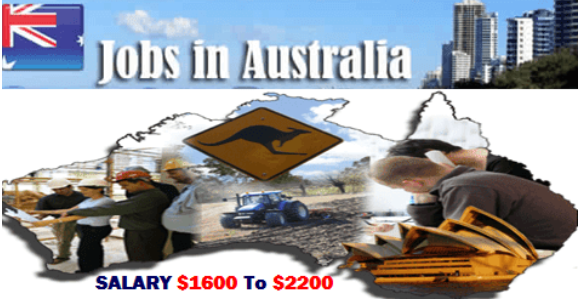 The latest labor market data for August shows a shaky labor market, but early signs of easing are evident. The latest NAB Business Survey showed marked improvements in business conditions, but the Westpac-Melbourne Institute Consumer Survey found that households were still optimistic about the labor market. While multiple job vacancies were down by 9.2 percent in Victoria, the national vacancy rate was unchanged at 5.6 percent.

The September data for Australia provide more information about the labor market. The participation rate has fallen to 6.3 percent from 6.4 percent in March. It is also a good sign for Victoria, which is facing stage four restrictions. In September, hours worked increased by 8.7 million hours but were still down 5.5 percent compared to a year earlier. The latest SEEK jobs report shows multiple job vacancies have fallen by 9.2 percent month-on-month in Victoria.

Increase in multiple job holding in education and training

The increasing multiple job holding of academics is a well-known phenomenon, particularly in the public sector. Academics have numerous jobs to supplement their meager salaries. The literature on multiple job holding has highlighted the positive effects of this practice, including an increase in income, an expansion of professional expertise, and a higher quality of engagement with their main institution. But it is also important to understand how this phenomenon affects the academic capacity of the main institution.

The literature on the subject has shown that excessive multiple job holding in the education and training sector undermines the core responsibilities of home institutions. However, there are positive sentiments towards the practice, primarily because it allows academics to earn extra income. Indeed, some academics even attribute this practice to their continued employment at public universities and their improved academic profile. This practice should be regulated and addressed. But what can be done to stop this practice?

This study aims to contribute to the literature by understanding the underlying causes of the weak capacity of Public Health training institutions in Africa. This research specifically addresses multiple job holding among academics and administrative staff at prominent public universities in three sub-Saharan African countries. In addition to interviews with academic staff and key informants, face-to-face interviews were conducted in Ethiopia, Rwanda, and Mozambique.

In contrast to other occupations, such as teaching, the increase in multiple job holding in health care is most prevalent among salaried workers. Despite being salaried, these workers are working more than twice as many hours as their single-job counterparts. These studies often use CPS data, which are widely available and highly representative of the general population. For instance, the 1979 National Longitudinal Survey of Youth shows that the proportion of dual-job workers is almost double that of single-job holders.

Over the past 20 years, the multiple job-holding rates has remained relatively flat for men. Despite this trend, it has increased by 1.6 percentage points among women. The health care sector accounts for 16.8% of all jobs. Other industries with a high multiple-job-holding rate include social assistance, accommodation and food services, and administrative and support services. Moreover, waste management and remediation services account for ten percent of jobs. Overall, the first-quarter 2018 earnings of individuals who are not multiple-job-holders were about $15,750. Full-quarter jobs are those that last for a full quarter, meaning they are stable.

The multiple job-holding rates is higher in the nonurban sector than in urban areas but decrease as the labor market becomes smaller. The unweighted MJH rate in non-urban areas is 6.9%, while the rate for urban residents is 5.0 percent. While both rates are slightly lower than those in the national labor market, they are still higher than those in other occupations.