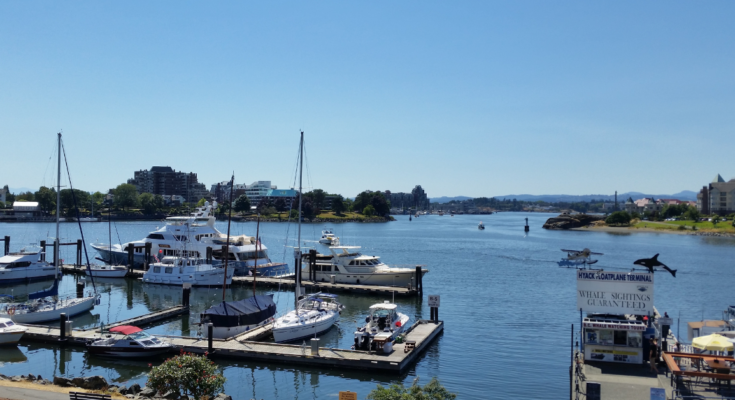 According to the New Zealand government, wages for migrant workers would increase New Zealand Latest Immigration updates 2023 Immigration Minister Michael Wood stated, “In keeping with current policy, I affirm today that the new median pay of $29.66 per hour will be implemented into the immigration system on February 27, 2023. “All wage thresholds adjusted to the median wage, including sector agreements, will likewise be modified,” the statement continued. The statement coincided with government initiatives to assist the hotel and tourist industries in lessening the impact of the labor shortage experienced by companies. According to Wood, one of these approaches entails removing the prerequisites for hiring cooks under an AEWV (Accredited Employer Work Visa).

Updates on immigration have recently been made by the New Zealand government, which applicants and businesses should be aware of. Below, we outline the modifications.

Return of the Skilled Migrant Category

Expressions of Interest (EOI) that have already been submitted under the Skilled Migrant Category (SMC) and fresh SMC EOIs submitted on or before November 9, 2022, will be selected again by Immigration New Zealand (INZ).Since April 2020, no new applications have been accepted for the points-based resident visa. An EOI can be updated or withdrawn with a reimbursement request by someone who has already submitted one.

On January 18, 2023, a second selection will be finished and evaluated using a 180-point cutoff. A section for the EOI will be made every third Wednesday after January 18, 2023.A Skilled Migrant Category Resident Visa application must be submitted within four months after receiving an invitation to apply. It’s fine to submit something digitally According to INZ, a new points system will be implemented after June 2023.

Restarts for the parent category

Parent Resident Visa EOI selections that have already been made will likewise resume, with the first selection occurring on November 14, 2022, and successive appointments occurring every three months after the first.

These currently submitted EOIs will be chosen according to the received date. Those who have submitted an EOI in the past will be contacted and given the option to make changes (such as adding an adult child as a joint sponsor) or withdraw their EOI (and request a fee refund).

People who withdrew their EOI because they couldn’t make the prior income threshold established before October 2019 would be allowed to reapply for an EOI and rejoin the waiting list.On October 12, 2022, the Parent Category reopened to new EOIs. From August 2023, voters will choose these candidates via a ballot method every three months.New Zealand Latest Immigration updates 2023

A ballot’s inability to select an EOI results in the EOI’s expiration after two years. As a result, there is no pressing need to submit an EOI right soon. If an EOI is submitted close to the August ballot selection, it will remain on the ballot for the longest amount of time possible before it expires .Online applications can be submitted on the Immigration New Zealand website starting in May 2023

Each year, 500 visas will be made available for EOIs chosen by poll.

According to the Government, the New Zealand Certificate of Cookery (Level 4) or equivalent certificate was put in place to lower the danger of wage and employment inflation. Still, the sector complained that it “limited their possibilities to attract chefs who do not hold professional degrees.”

EmploAccording to Wood, employers, be able to choose from a bigger pool of migrant chefs because they will need to pay the median wage and market rate criteria when recruiting chefs, accsiness responses

Kirk Hope, chief executive of BusinessNZ, responded to the latest salary increase by saying it is “unnecessary and will fuel inflation” to raise wage criteria for talent and skills from abroad.New Zealand Latest Immigration updates 2023

Further wage pressure on employers “does not support the economic recovery businesses are working hard to achieve” in the current environment of extreme skill shortages, high inflation, negative net migration, and ongoing global supply chain constraints, Hope said in a statement. New Zealand Latest Immigration updates 2023 According to the Government, the number of visas offered under the parent category will rise to 2,500 annually.

A new hourly median wage of NZD 29.66 will be adequate as of February 27, 2023.All pay thresholds linked to the median wage will change on this day. This covers jobs covered by sector agreements, the Accredited Employer Worker Visa (AEWV), and resident visa categories such as the Highly Paid and Green List paths, the Skilled Migrant Category, and the Parent Category.

Pay at least NZD 29.66 per hour to employees submitting an Accredited Employer Work Visa (AEWV) application on or after February 27, 2023 (for roles without a median wage exemption). This means that the migrant may need to meet a higher wage threshold than was permitted in the work check pay range if the wage threshold rises between the time the job check is granted and the migrant apply for the visa. Wage ceilings used to be revised frequently, though not always at the same time each month and Year A consistent procedure where the median pay is incorporated in immigration instructions in February will be in place starting in 2023. This will be based on the June rate Stats NZ released the year before.

The median wage exception for the tourism and hospitality industries

A reduced salary criterion of NZD 25 per hour has been established for many roles in tourism and hospitality as an exception from the median wage requirement under the AEWV until April 2023.This is a brief exception to recognize how severely Covid-19 has affected specific sectors. The Government has eliminated the exemption from the median salary level in two stages while still providing financial support to the sector. New Zealand Latest Immigration updates 2023

The exemption for a median wage will rise from NZD 25 to NZD 28.18 in April 2023, or 95% of the new median salary. The exception will cease in April 2024, when these positions must be compensated at 100% of the median hourly rate.

Assistance with immigration to New Zealand

Smith Stone Walters can assist if you need assistance with applying for a visa to work in New Zealand. From the initial consultation through the delivery of your passport and post-arrival support, our devoted Global Immigration team is ready to help every steup

Hope asserts that even though BusinessNZ supports the initiatives to address the severe skill shortages faced by cafes, restaurants, and other industry participants, the combination of rising costs in the sector, such as rent, wages, and food, will make it “risky business to be in unless consumers can afford to pay more.”New Zealand Latest Immigration updates 2023

“Less than three months have passed since the border opened, yet the Government keeps changing the regulations for resolute and effective New Zealand companies and public sector organisations. Simply said, our current workforce lacks the necessary personnel or capabilities “Added Hope. As more New Zealanders depart the nation, it is essential to have a welcoming immigration policy.